Building a brand by building relationships

THE SITUATION:
Once the darling of the fast casual Mexican category, Baja Fresh lost its way and had become a bit stale. Sales were down by double digits, franchisees were hostile and the core male audience were being lured away by Chipotle and Taco Bell value meals.

THE PROGRAM:
Women are the gatekeepers of family evening meals and need to balance their desires for quality food for their families – with the demands of a busy schedule. With this insight we developed a broad promotion called Live Fresh, which celebrated the entire aspect of living and eating well. Partnered with soccer legend Mia Hamm to help communicate the Live Fresh message through a variety of in-store, internet and broadcast media.

THE RESULTS:
The Live Fresh program ran in the summer. We developed in-store POP kits for all 300 restaurants in the country. Internet banner ads ran in a number of markets using highly localized and targeted sites to reach women 25-49 with kids.  During the promotion non-broadcast markets sales tracked up 4% while other markets moved positive even higher. Since no discounting was used in the promotion, restaurant margins remained strong and profits increased thanks to incremental sales. 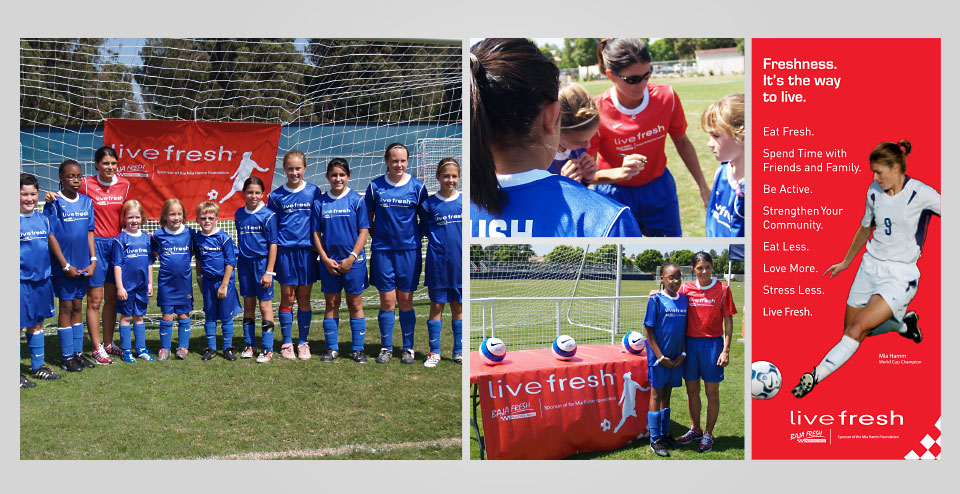